Sitting inside my concrete cocoon, mid-way between the soaring blue sky and the shaded San Francisco side street, I can see the blue waters of the San Francisco bay. It all looks and feels quite normal. The temperate morning with the occasional waft of chilly air reminds me of my good fortune to live in this beautiful city. I don’t like to think about the eventual big one.

I have just showered. For some, success means being rich, famous, owning fancy cars, or big mansions. As long as I have lived, I have considered long, lazy showers the ultimate luxury. For me, the shower is an allegory of ambition and success. And soon, it might become a reminder of what we might be losing as a society.

I grew up in Delhi before making America my home. My parents were neither rich nor poor. They were somewhere in the vast middle, which had its spectrum of success and ambition, where you sat on that spectrum defined what you had as part of your daily life.

For most of my early life, my family didn’t have things that most take for granted — television, telephone, and even a refrigerator. Eventually, those luxuries would come into our household, some slowly, some very slowly. One of the things we couldn’t take for granted was water. Our family’s water came from a tap — and the water availability was as much an act of divine intervention as it was a heroic act in waking up at odd hours to fill containers of all shapes and sizes.

Whether it was my grandparents, parents, or aunts, it would be someone’s job to either wake up early in the morning or stay up late and make sure we had water. No water collected meant no water to drink, cook, bathe or clean the house. Eventually, I suppose our family would save money to sink a well and draw water from an underground reservoir. Tapping that well changed our life. It didn’t afford me a shower, but it allowed me more than a bucket for a bath.

It was nearly four-and-a-half decades ago, and since then, most of our neighbors have sunk similar wells. And many of those wells are nearly running on empty. My dad wakes up early to fill buckets from the municipal taps to have enough for the family. We have to pump up the weak stream to the water tank on top of the house.

It is as if nothing had changed.

It was earlier today; I was reminded of my childhood and our struggle with acquiring the necessities like water. I read a story about Mendocino, one of my favorite towns in Northern California, running out of water. The town, which depends on underground water, is one of the more picturesque victims of the drought, with California in its grip. Fort Bragg, which used to sell water to Mendocino, a tourism hotspot, won’t sell any more water to their neighbors — they have their water crisis looming. No water means no more tourism, which may eventually lead to diminished prospects for the local economy.

And this only portends a much more grim future, not just for California residents but for the world at large. Some reports estimate that “72% of the global land area is likely to become drier.” Lake Mead at Hoover Dam is at historic lows. That impacts the water needs of various states, but it also starts to impact electricity generation, which impacts the Las Vegas economy.

Most of the conversation around climate change often revolved around melting glaciers, rising sea levels, and significant weather events — but in reality, climate change’s impact is more insidious, silent, and deadly. Mendocino’s water shortage is a rude reminder that climate change is all-pervasive, and that is how communities crumble and whither.

The climate crisis has been a long time coming — building up sight unseen even as we have seen unfettered development across the country (and the planet.)

“The tradeoff between efficiency and resilience can thus be viewed as a tradeoff between short-term and long-term optimization,” Rice University Professor Moshe Vardi wrote in a recent essay. “Nature seems to prefer long-term to short-term optimization, focusing on the survival of species. Indeed, Darwin supposedly said: “It’s not the strongest of the species that survives, nor the most intelligent. It is the one that is most adaptable to change.”

How adaptable are we to change as a country and as a society? Whenever I think about climate change and its impact, I often think about what it entails in terms of sacrifice as humans. In the rest of the world, especially in poorer parts of the planet, migration has been a constant reality due to climate events and lack of opportunity. In the US, we are only just starting to wake up to this nightmare.

In a recent article, USA Today pointed to a survey of 2000 Americans: “49% respondents were planning on moving in the next year, blaming extreme temperatures, and the increasing frequency or intensity of natural disasters for a role in their decision to relocate.” Redfin, starting tomorrow, will now add local climate risk data to its site.

Even as a firm believer in technology and science — they are our best hope for coexisting with a changing planet — the thing that often worries me about society is the resiliency of our social fabric. If the pandemic has shown anything, hyper-capitalism has made us even more resistant to change. We are no longer a society capable of doing more with less — after all, what is the reason that buy-now-play-later companies are exploding in popularity. I hope not, but all signs show that we are in for a brutal reality check about things we take for granted, including water.

I read somewhere that a person living in the US per capita household consumes between 80-100 gallons of water per day on average. That is a lot of water. That translates into roughly 40 buckets — a lot more than what we used when I was growing up in Delhi. How long before I have to deal with a future that looks remarkably like my past.

Square, the other company, started by Jack Dorsey, recently announced that it is buying Afterpay, a Buy Now Pay Later (BNPL) company, for a whopping $29 billion. The BNPL category is hot. Max Levchin’s Affirm has gone public. Klarna, the emerging fintech giant from Sweden, has an offering. And even Apple is getting into the game.

Tech leaders paint BNPL as a boon for those with no credit or bad credit. Truth is not as simple as The Markup points out. The regulators and lawmakers have started paying attention — but will that be enough? Not likely, because every time you visit a store, you get a chance to buy something without paying now!

END_OF_DOCUMENT_TOKEN_TO_BE_REPLACED

Christmas came in March for Tidal, the increasingly irrelevant, money-losing music streaming service, and Jay-Z misadventure. Square, the digital finance company co-founded and led by Jack Dorsey, will pay nearly $300 million and acquire a majority stake in the company. But why, would Square do this?

It’s a bit of a head-scratcher. One could argue that it makes perfect sense — or that it is utter nonsense.

In a string of tweets and a corporate press release, Dorsey points out that this acquisition “extends Square’s purpose of economic empowerment to a new vertical: musicians.” The official argument is that musicians, as entrepreneurs that are essentially operating small businesses, need a newer (and digital) way to monetize their work and audiences.

“It comes down to a simple idea: finding new ways for artists to support their work. New ideas are found at intersections, and we believe there’s a compelling one between music and the economy.”

Dorsey is right — the artist and creator ecosystem is broken. Musicians are looking for better ways to make money. These include everything from actually being paid for their music, to live performances, and merchandise (or “merch,” as the kids call it). Square hopes that it can use its Cash app as a platform for payments for artists.

All the streaming companies know that there is an opportunity to help musicians, though they tend not to be as focused on that as some might like. Spotify sees a pot of gold in podcasts. Apple wants to sell AirPods. I don’t know what Amazon Music wants. Interestingly, YouTube sees the opportunity and has been working with musical artists on commerce.

Joining forces with Tidal may help Square get into the merch world, which may be more pandemic-proof than other aspects of the music business. The Wall Street Journal recently pointed out that “merch that commemorates online events can build communities as effectively as old-school concert T-shirts.” In that story, Ed Aten, founder and CEO MerchBar, a merch-commerce platform, observes, ”When all of those things got put on hold or canceled, [merch] was the only person sitting at the table.”

So, when concerts come back, if Square’s Cash App can be used for in-person transactions, it could be a win for the company. But despite the well-reasoned, logical arguments, I have a hard time buying that this vision will translate into reality. One question I keep coming back to: If this is such a vast opportunity, why would Square lock itself out of the possibility of working with Spotify (not to mention the whole slew of other services)?

Or perhaps this is simply a way to ride a hot trend. As Peter Kafka of Vox pointed out:

Given Dorsey’s love of All Things Blockchain, and the current mania over NFTs, it won’t be surprising to see Square + Tidal work on their own NFT scheme.

Ultimately, even if you are a total believer in the bull case for Square and Tidal, it is still a very expensive acquhire. Granted, other companies have spent more. Bret Taylor came to Salesforce via a $750 million deal for Quip. Apple spent a few billion buying Beat (headphones) and Jimmy Iovine. Can Jay-Z and the new head of Tidal, Jesse Dorogusker, make it all worth Jack’s while?

We’ll see. If nothing else, it’s an interesting distraction. 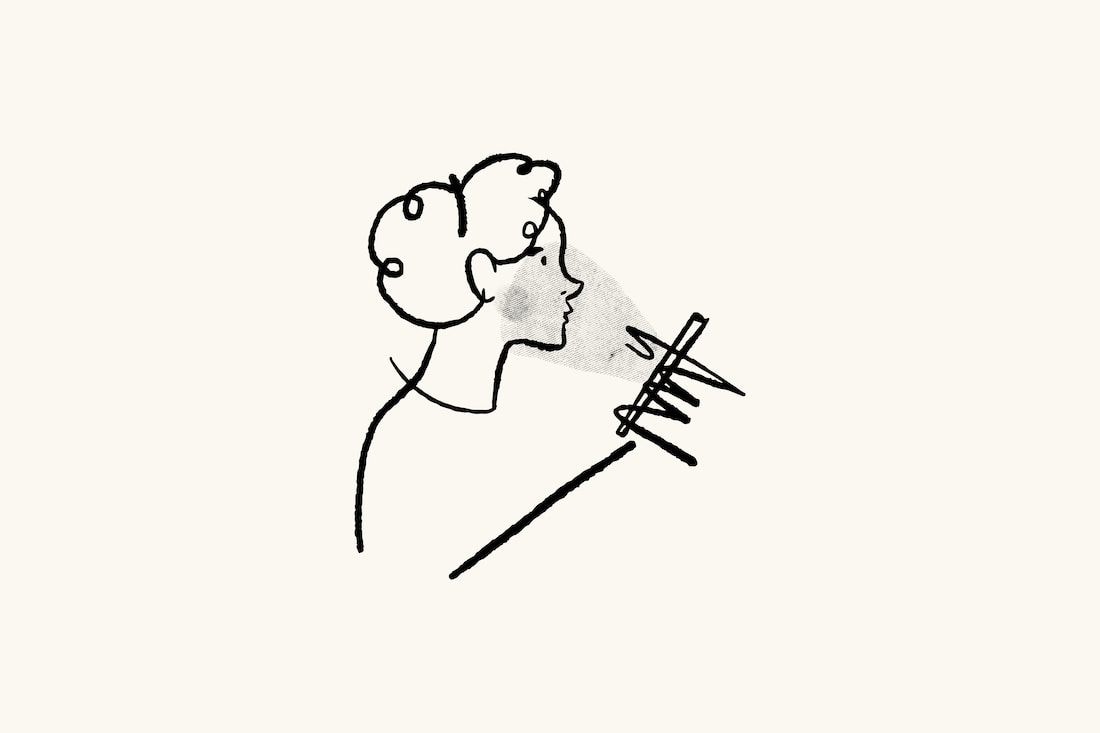 Ever since Twitter unveiled its new Fleets, I’ve been mulling over the company’s future. What can they do that’s uniquely their own? How can they take advantage of their past and present in a way that builds a better future? Needless to say, Fleets — a watered-down version of a content-sharing format introduced by Snap … END_OF_DOCUMENT_TOKEN_TO_BE_REPLACED

This isn’t the first time I have written about the dichotomy of technology. We are often caught between convenience and consequences. Some of the consequences are of our own making. But often, there is a lack of understanding on the part of technology companies, especially platforms that have replaced our traditional spaces — Twitter, Instagram, … END_OF_DOCUMENT_TOKEN_TO_BE_REPLACED