A unicorn company, or unicorn startup, is a private company with a valuation over $1 billion. As of August 2021, there are more than 800 unicorns around the world.

I sometimes felt quite alone in my scorn for the idea of “unicorn” terminology as applied to startups and their valuation. The focus on valuation undermines the “value” and “values” of the startup. It puts focus on entirely the wrong things!

Anyway, aren’t unicorns are rare and mostly figments of imagination? Now they are not even rare. There are so many that they might outnumber a decent Zebra herd on the Serengeti. The total valuation of the 800 unicorns: $2.6 trillion! I guess we have gone from unicorn to unicorn-y.

Dragons are much bigger, stronger and more awe-inspiring than unicorns. They destroy whatever’s in their path, and their own destruction is viewed as catastrophic (at least if “GOT” is any guide).

To qualify, a company must be valued at $12 billion or more, net of venture funding. Yes, it’s a somewhat arbitrary figure. But it reflects the >10x “unicorn” growth since the Fortune piece, and the rapidly ascending private funding trajectory.

By the numbers: Currently, there would be 19 dragons. Of those, nine are based in the U.S.

Right on cue, a friend pinged me and said that if dragons don’t work out, they could easily be renamed: drag-ons! 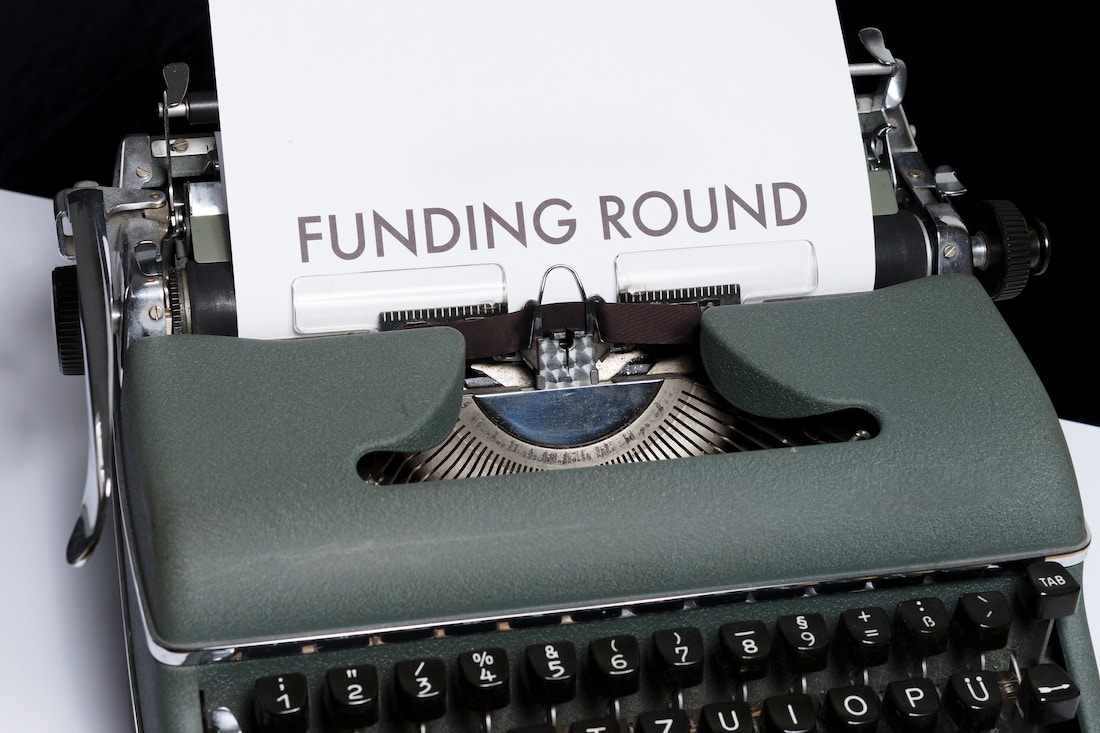 Two folks, I follow on Twitter got into an exchange about media coverage of startup funding. The conversation caught my attention to the (somewhat rare) extent that I felt compelled to weigh in — mainly to offer some historical perspective from what I learned during my days as a professional blogger and journalist.

The biggest change blogging brought to the media landscape was that it atomized news. What would previously have been a long news story got broken up into constantly updating components. One of these components was “funding news.” Other than acquisition, a possible public offering, or a new product launch, this was pretty much the only news that came out of startups. And no one covered pure funding news better than the folks at TechCrunch — quick, concise, and usually exclusive. That was what made them the first read for everyone.

I told my tweeting colleagues that my approach back in the day was to think of funding news not just as a one-off event, but instead as an opportunity to dive deeper. I should admit that this was not necessarily a novel idea — I had learned it on the job. As I previously recounted in a many years-old post, when I was a young reporter, “my then editor would often chastise me for focusing too much of my time on investors. While investors & investment dollars are a good barometer when measuring the story worthiness of a startup, they aren’t the story, because what really matters is the company: its product, its technology, its founders, and the business they are trying to build.”

News flash: investors are never the story. (Not surprisingly, this is not the first time I have ranted about this topic.)

Think of funding news as a notification on your iPhone: a chance to bring more attention to the startup. As a writer, you could dig into a company, what it does, why it matters, and how it redefines the competitive landscape. Money is just a means to an end. That end goal is what’s important.  Of course, this approach means that a writer has to really understand their coverage area — be it cloud, climate, online video, connected devices, the emergent web, or mobile ecosystems.

Even today, whenever I see a news story about an event, I hope the story will inform and educate me about the company and its potential. Instead, I often get some meaningless drivel about the investors. The sad truth is that the “funding news” story as we know it has largely become a PR event. It’s just theater. In most cases, it isn’t even news — the funding likely happened many months ago. Furthermore, these days, media attention is more or less reserved for big funding rounds, focusing on how much cash some megafund puts into a company, how much the company is valued, and whether or not it is now a unicorn.

To some extent, this is understandable. The sheer amount of money pumping into the ecosystem, and the gigantic scale of the startup ecosystem, means that the media folks have to use rough filters to focus their attention. Still, I will stand by my earlier argument: funding should be a trigger to tell a bigger story about the role of the company and the opportunity this event is likely to unlock. Additionally, by stepping back and paying attention to a range of funding news releases, a reporter can see common themes emerge, revealing shifts in the landscape and interesting market trends. This is fertile ground for finding optimism and excitement in the vast expanding technology landscape.

The world as we know it stands on the precipice of massive change. We are transforming from an industrial society to a digitally enabled planet. How we live, work, consume, and create is changing. This shift has corporate and cultural implications. For instance, the workplace and the very definition of work is changing. Simultaneously, we are facing a planet-wide existential climate crisis. Against this backdrop of this change, we need to have optimism and enthusiasm for entrepreneurs and startups. To do so, we must go beyond the press release and the headline to determine the relevance of a startup to these pressing challenges.

The news of Indie.vc shutting down keeps popping up in my news feeds, social media feeds, and email newsletters. All of them talk about how it didn’t work out, but the right question to be asked (and answered) is actually: What is venture capital — and when does a company deserve it?

If you don’t know about Indie, here is the skinny.

In 2015, Bryce Roberts, formerly of O’Reilly Alphatech Ventures (OATV), started a fund that wanted to finance sustainable businesses that were not looking to scale-up fast. It was thought of as a game-changer. As he wrote about his initial launch:

….the post kicked off an extended conversation about how, who, and what gets funded by traditional venture capital and the need for funding options that sit between bank loans and blitzscaling. Being part of that conversation has been incredibly rewarding. But it has come at a cost.

“Venture capital, despite being the money of innovation, is rarely innovative itself. Indie.vc was an effort to break out of the tedium, so its failure is de facto disappointing.”

It was the market accurately speaking the language of risk-reward from the lens of growth.

Limited Partners — entities that give fund managers money to invest — look for ways to grow their capital by investing in many different types of assets. Each asset class has its investor profile with its own set of expectations of return on investments. Real estate funds, for example, are expected to generate different returns versus debt-focused funds. So, the LPs think differently about each asset class.

Investors who tend to back venture capital managers expect them to invest in exponential growth companies. There is a reason why there is a stampede for unicorns. Anyone deviating from that idea of rapid growth does not and should not qualify as a venture capital investment.

Venture capital is all about growth. No growth, no capital. A phase of early experimentation, followed by fast-paced growth and increasing margins, allows companies to access capital from those people who are traditional venture investors. As growth starts to mature, the investor profile starts to evolve.

In a startup, equity is usually exchanged for de-risking parts of the business. The value of equity increases with decreasing risk and higher growth. In comparison, debt can be used to help bolster the fundamentals. It is a crucial distinction that many startups fail to understand. As a result, many end up raising venture debt at the wrong time or using equity when debt makes more sense.

There exist firms, for example, that provide capital against App Store earnings. It is not classic debt, but a different kind of instrument. There are firms, like Lighter Capital, that help fund growth for companies that are already on a good trajectory but don’t subscribe to the venture capital parameters.

Over the past decade, it has become fashionable to think that VC should do everything. Even some VCs believe that.  So, it is no surprise that we see some investors backing businesses that don’t fit into the Venn diagram of venture capital. This “everything is venture capital” mindset has caused quite a confusion.

Just because an entrepreneur starts a new company and is enabled by technology or is building a new kind of technology, it doesn’t automatically turn it into a VC-worthy business. It could easily be bootstrapped and raise debt to finance its growth after finding market traction.

From the outside looking in, Indie was funding companies that, in their early stages, looked like regular linear-scalable businesses. There is nothing wrong with it. But they just don’t fit the asset class profile called “venture capital.”

Indie.vc was — and remains — an exciting idea. But applying the VC label doomed their prospects, because it created false expectations. It would have been better off with a relatively straightforward moniker like, say, “Indie Investments” or “Indie Fund.”

What’s in a name? Sometimes everything.

I don’t have much to say today. I am feeling decidedly low energy and tired. One of those days, when you just want to simply catch up on email and reading. And that is precisely what I have been doing. However, I do want to share two stories that fall in the must-read category. They … END_OF_DOCUMENT_TOKEN_TO_BE_REPLACED

My good friend Anne Dwane (General Partner at an early-stage venture capital firm, Village Global) joins me in this episode of Stuck@Om to chat about how we are both navigating life at home during a pandemic. Anne and I have both lives through multiple downturns — the dotcom crash, the 2008 meltdown and of course, … END_OF_DOCUMENT_TOKEN_TO_BE_REPLACED